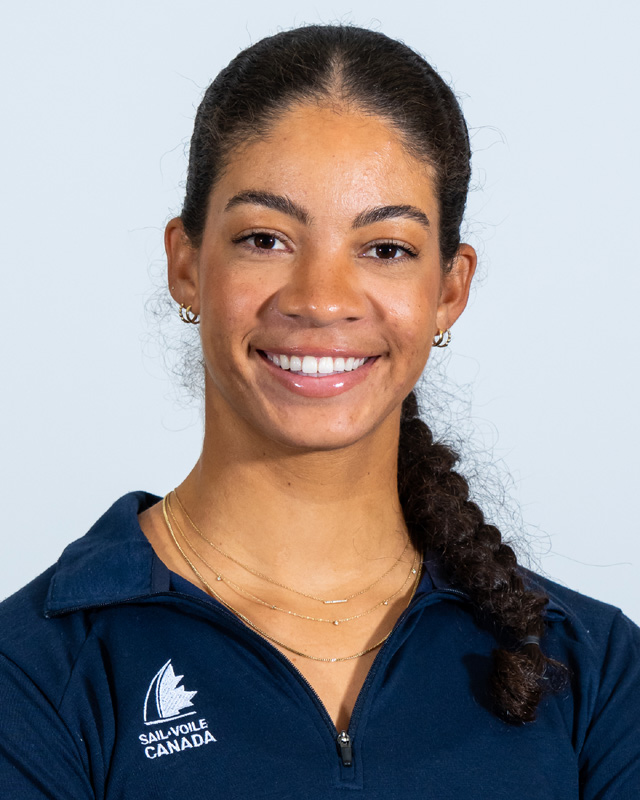 Born in Burlington, Ontario, Sarah Douglas grew up on the island of Barbados, where she started to sail at the age of 7. Starting in the Optimist, she competed in the North American and World Championships and became the Canadian National Champion before the age of 15.

After outgrowing the Optimist, Sarah returned to Canada in 2008 and transitioned into the Laser Radial (ILCA 6) class. From there, she quickly became one of the top youth sailors in Canada and in 2010, she qualified and represented Canada at the inaugural Youth Olympic Games in Singapore where she took the 10th spot. After coming in second place at the 2010 Youth Nationals, Sarah lost interest in competing and decided to coach youth athletes at Ashbridge’s Bay Yacht Club, which she did over two summers.

In 2014, her dream to compete at the Olympics was sparked by Canadian medalist Rosie MacLennan, who inspired Sarah to get back into the game and pursue her goal of winning an Olympic medal. After completing a Bachelor of Commerce in Marketing Management at the University of Guelph, Sarah began sailing full time and has been on the Canadian Sailing Team since 2015.

Ranked today as one of the best Laser Radial sailors in the world, she has come up with impressive results at several international competitions, including a gold medal at the 2019 Pan American Games in Peru. Sarah qualified Canada for the Olympics by finishing 6th at the 2018 World Championships and came in first at the Canadian Olympic trials in early 2021.

At her first Olympic Games, she took the 6th spot overall which is the best Canadian female performance in an individual sailing event at the Olympic Games.

In April 2022, at the World Sailing Hempel World Cup that was held at the 51st Princess Sofia Trophy in Mallorca, Spain, the first major Olympic multiclass competition to take place since Tokyo 2020, Sarah Douglas won the gold medal in ILCA 6, her first podium finish at a World Sailing competition and, by the same token, her first career gold medal.