Ken Dool has been to eight Olympic Games, most recently in Tokyo. “On Deck” discussion with Sail CanadaÛªs National Performance Coach as part of National Coaches Week. 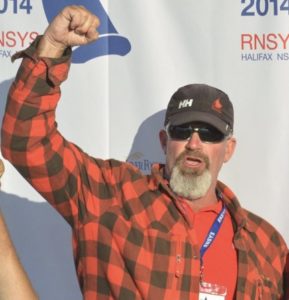 You have been at eight Olympic Games and at one edition of the Paralympic Games. What is your fondest memory from those Games?

There are so many great memories, so it is hard to pinpoint just one. Among my greatest memories are watching Canadian sailors receive their medals recognizing their outstanding achievements, each and every closing ceremony that I have had the privilege to attend ÛÒ the closing ceremonies are always relaxed and a great opportunity to walk shoulder to shoulder with athletes and coaches from multiple countries ÛÒ and, last but not least, my first opening ceremonies. That was my first opportunity in such an environment and it was something that I will always remember fondly.

What was the most stressful situation you had to get through?

The equipment measurement that followed the first day of competition at the 1992 Barcelona Olympics. It was a routine check that ended up being very costly for the team involved, as it resulted in a disqualification for a missing lifejacket. ItÛªs one of those memories that has haunted me for quite some time. 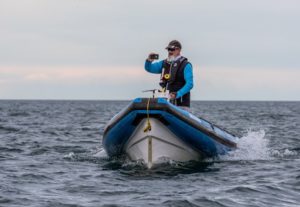 In a word: technology, ranging from the simplicity and power of the cell phone to the vast array of data analytics tools that are now available.

As a National Performance Coach, what should instructors/coaches focus on the most with kids?

When we consider the Olympic Games, you need to place huge value in the word ÛÏGamesÛ. Yes, it is the Olympics and, for many, it is the pinnacle of competition, but it is still a ÛÏGameÛ: love it, enjoy it, play the game.

The freedom it provides for anyone, be it a Paralympic athlete or an Olympic athlete, or the casual sailor. At the end of the day, it is just you and your boat/board out battling against nature with your peers. 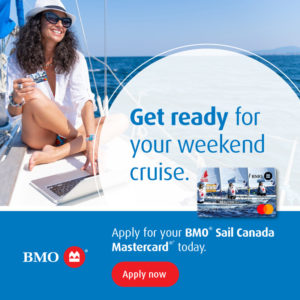 What allows you to remain so passionate after coaching for so long?

My passion has been driven for years by the goal of hearing the Canadian national anthem played during the medal ceremony, recognizing a Canadian as the champion. Beyond the strictly competitive side is the goal of learning something new every day about your sport, the athletes and the coaches, and trying to find the elements that create success. Not only success in terms of outcome, but success in terms of truly loving your sport and everything it can offer.

Which is your favourite country for sailing and why?

Canada! We have some of the greatest sailing locations in the world, some are well known and others are hidden gems that are tucked away in many of our provinces. The ÛÏwhy” is harder to answer. It is a combination of viewing land from the water, the freedom of challenging yourself against nature and the thrill of maximizing the potential of whatever craft you are sailing that day.

What would you say to kids who dream of competing at the Olympic Games?

Enjoy the process, live every day of your journey to the fullest, be patient as sailing is a lifelong endeavour, and set high goals. Go after it while committing to leaving nothing behind but, most of all, enjoy the journey and have fun along the way. 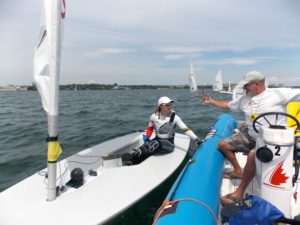 How many days per year do you coach away from home?

It depends on the year but on average, 160 plus days are spent on the road and I have the benefit of calling Kingston home, which adds another big number of coaching days ÛÏat homeÛ.

WhatÛªs your take on the 2024 Olympic Games?

As with all Olympic Games, the prospect of competing against the worldÛªs best after the culmination of multiple years of training and competition is exciting. Paris will provide a great setting for the Games and Marseille will be an outstanding backdrop for the sailing competition.

The Canadian team has some proven performers and some athletes who are on steep upward performance trajectories. One thing we can be certain of is that every effort will be made so that we perform to the best of our abilities with the ever-elusive podium beckoning the top performers.