David Miller, who won the bronze medal in the Soling Class at the 1972 Olympic Games in Munich with John Ekels and Paul Cote, was inducted into the Canadian Sailing Hall of Fame on October 3rd, 2021. 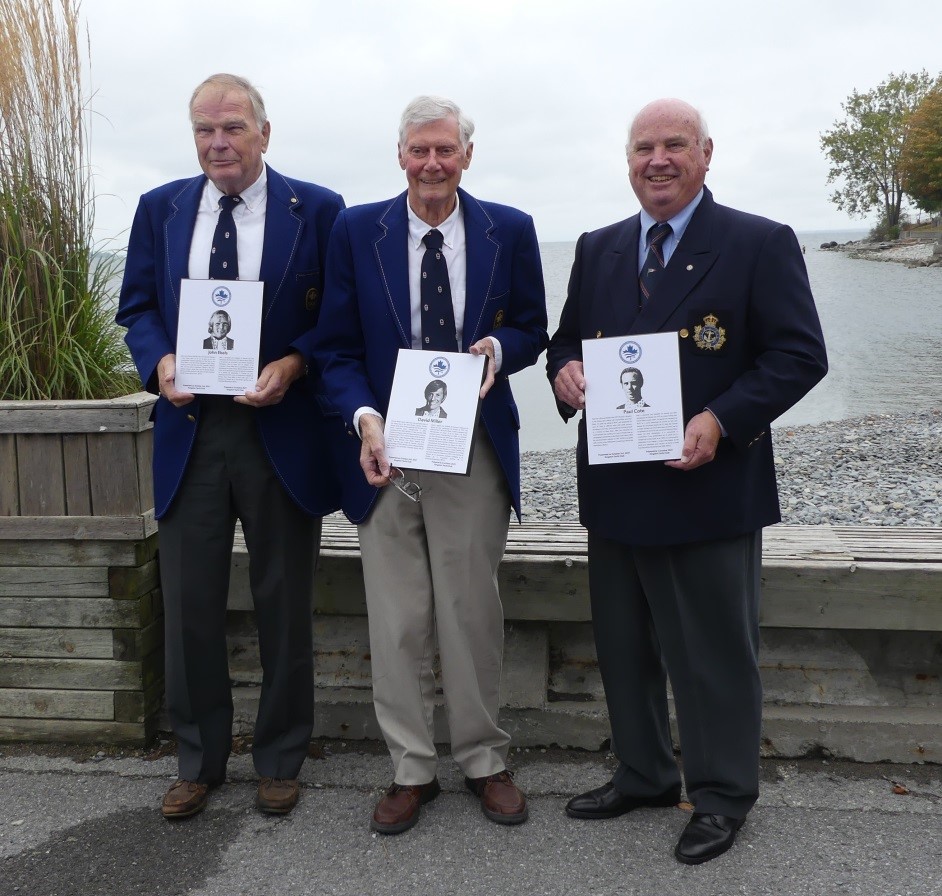 Congratulations for your induction this year into the Canadian Sailing Hall of Fame. How does it feel?

Being inducted into the Canadian Sailing Hall of Fame is a real honour that means a great deal to me. To be recognized with so many other top Canadian sailors is a dream come true.

You won the bronze medal in the Soling Class at the 1972 Olympic Games. How did it feel to be on the podium?

Standing on the podium with the medal around my neck was the most gratifying day of my life. All the hard work and sacrifice seemed to be distant memories and I just thought, “we did it”.

You won the medal with John Ekels and Paul Cote. What do you remember most about them?

We could not have won the bronze medal without a great effort from Paul and John. Paul was smart, strong, tough and was someone who would not give up when faced with a challenge. John was the power on the boat, weighing in at around 230 pounds, but he contributed to the tactical side as well.

Aside from the medal, what is your fondest memory from the 1972 Olympic Games?

The best memory I have was the parade of tall ships. Some of the largest sailing ships in the world came to, and participated in this event. These sailing ships, some 200-300 feet in length, were a sight to behold and helped with the ambiance of the whole event.

The 1972 Olympic Games were overshadowed by the attack of Palestinian Black September members on Israeli athletes and coaches. Did that have an impact on your preparation/performance?

The tragic killing of nine Israeli athletes and coaches was a shock to all of us. The sailing races were cancelled for a day but did resume the next day. I don’t think we felt the same impact resulting from the tragedy because where we were racing up in Keil, which is about 500 miles away from Munich. We didn’t have any increase in security and we were able to focus on checking our boat and equipment over for the next few days of racing.

You won all eight races at the 1972 Olympic Trials. How were you able to achieve that?

Winning all eight races at the Olympic Trials just reflected how well prepared we were. We trained hard physically in the gym, so we were fit. We had a brand new state-of-the-art Soling that was fast. Prior to the trials, we raced hard in Florida, California and New York, where we finished 5th at the World Championships.

In what way did your experience from Munich have an impact on the rest of your career?

As it turned out, winning an Olympic medal in Munich had a large impact on my career.

After graduating from university, I went to work at the family sailmaking company “Miller Sails”. In 1973, the year after the Olympics, I was invited by the Albacore class to come back to Ottawa and race in the North American Championships. The class also invited a number of other top Dinghy racers from North America including Peter Barrett, an Olympic gold medalist and the Vice President of North Sails, one of the largest sailmaking companies in the world. There was a fleet of 55 boats at the championship and you know what happened? We won! About two weeks after the regatta, I got a call from Peter Barrett asking me if I would like to start North Sails in Canada. This was a wonderful opportunity for me and I had 35 great years with North Sails. I retired in 2010.

Of the two Olympics I participated in prior to the 1972 Games, I preferred the 1964 Tokyo Games. The Japanese went all out to provide a great facility and ran the races superbly.

Were you nervous going into your first Olympic Games in Tokyo?

I was a little nervous for my first Olympics in Tokyo, but once the race started, my nervous feelings went away.

The site for sailboat racing for the Mexico Olympics was at Acapulco, so it was quite different from Tokyo. It had more of a tourist feel to it. The weather was warmer and more humid than Tokyo. The winds were a little lighter in Acapulco.

Aside from the fact you won a medal, how was Munich different from Mexico City?

At the Munich Olympics, the actual sailing was done in Kiel, about 500 miles north of Munich. The facility in Kiel was excellent and sailing conditions varied, which made for good racing.

What did you do following your career as an international athlete?

After serious international racing, I continued in the sailmaking business with North Sails.

What do you do now?

I am now fully retired but still enjoy getting out for the odd race and doing a little bit of cruising. But I try to avoid the cold, wet days.

What are your thoughts on todayÛªs generation of high performance sailors in Canada?

It is not easy to win an Olympic or World Championship medal. There are so many countries that have gotten more competitive over the last few years. Sarah Douglas came so close to a medal at the 2020 Games in Tokyo, it showed we can compete at the top level.